In honor of St. Patrick’s Day let’s look at some of the great dogs that Ireland has contributed to the world. Then, lets examine some Irish names that are a great fit for dogs that might speak Gaelic.

Did you know that the group of dogs recognized by the American Kennel Club called Terriers originated in Great Britain? And many of the terrier breeds within that group were developed in Ireland.

The Kerry Blue Terrier, also known as the Irish blue terrier, emerged in the 1700s in County Kerry.   There is a romantic legend saying that when a Russian shipwrecked in Tralee Bay, an exotic, blue-coated dog paddled its way ashore – and mated with all the female terriers in the area. Not sure if that is true, but what developed over time is a cuddly, wooly coated medium size dog who also makes a guard dog, at least for his family. The Irish Terrier, known for its red double coat which keeps it warm regardless of the weather is another Irish breed with history mentioning this breed back through the 19th century. These dogs are high energy and a bit macho, so prospective owners need to be ready to train and keep it clear who is in charge. The Soft Coated Wheaten Terrier is a medium sized dog “bred for over two hundred years to be an all-purpose farm dog whose duties included herding, watching, and guarding livestock, and vermin hunting and killing. They share a common ancestry with the Kerry Blue Terrier and the Irish Terrier but were not owned by gentry.” According to Wikipedia.org. 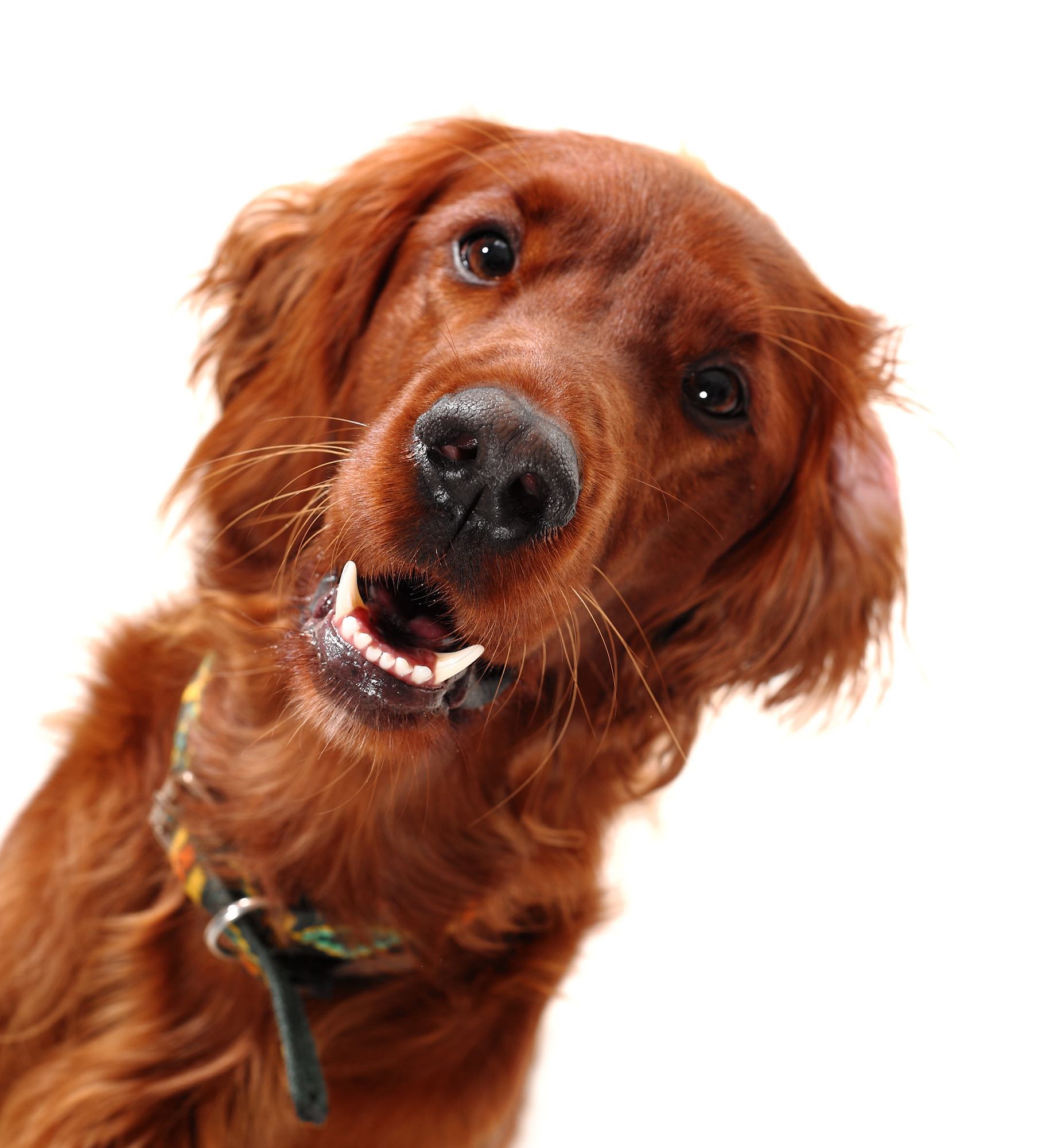 The Irish Setter is a beautiful large breed with a silky flowing red coat. They are smart, great family dogs with a high activity level. They were bred as gun dogs and spent many hours working independently in the field, so be prepared for a dog that is up for anything!

The Irish Wolfhound is the largest and the oldest of the Irish breeds. According to the AKC, “The amiable Irish Wolfhound is an immense, muscular hound gracefully built along classic Greyhound lines, capable of great speed at the gallop. A male might stand nearly 3 feet at the shoulder and weigh up to 180 pounds. Females will run smaller but are still a whole lot of hound.” There are records from 13AD Rome that reference the Irish Wolf Hounds. They are sight hounds and have hunted many large animals including as the name implies, wolves. They are also gentle giants and make wonderful family pets. Unfortunately, with size comes a shorter life span.

A few Irish dog names, the more popular ones first, are Guinness, this black-gold stout is famous around the world and one of the best-selling alcoholic beverages in Ireland. Brady, a common Irish sir name meaning spirited. Finn or Finnegan, based on a Gaelic phrase that roughly translates "fair little one."  Clover (or for a male dog, Shamrock). The four-leaf variety is a symbol of good luck. A few names that could also be for a person are Conor, meaning strong willed or wise, Patrick, the patron saint of Ireland, Clancy means rugged warrior, and Aidan means little fiery one.

If you have a dog with some Irish ancestry or not, there is nothing to worry about, just like people, all dogs are Irish on St. Patrick’s Day!